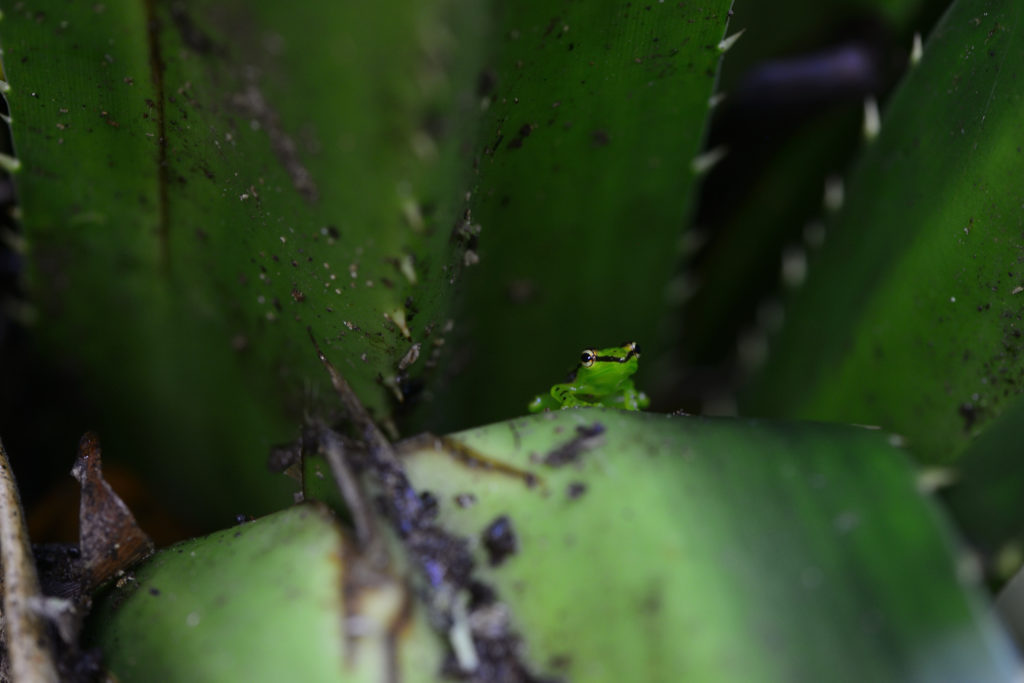 In South America, bromeliads are famous for playing host to the tadpoles and adults of beautiful, brightly coloured dart frogs. The frogs, in many cases, are totally specialised to particular bromeliad species, and carefully select their choice of nest. The relationship is a close one, and exists across several species of dart frogs. 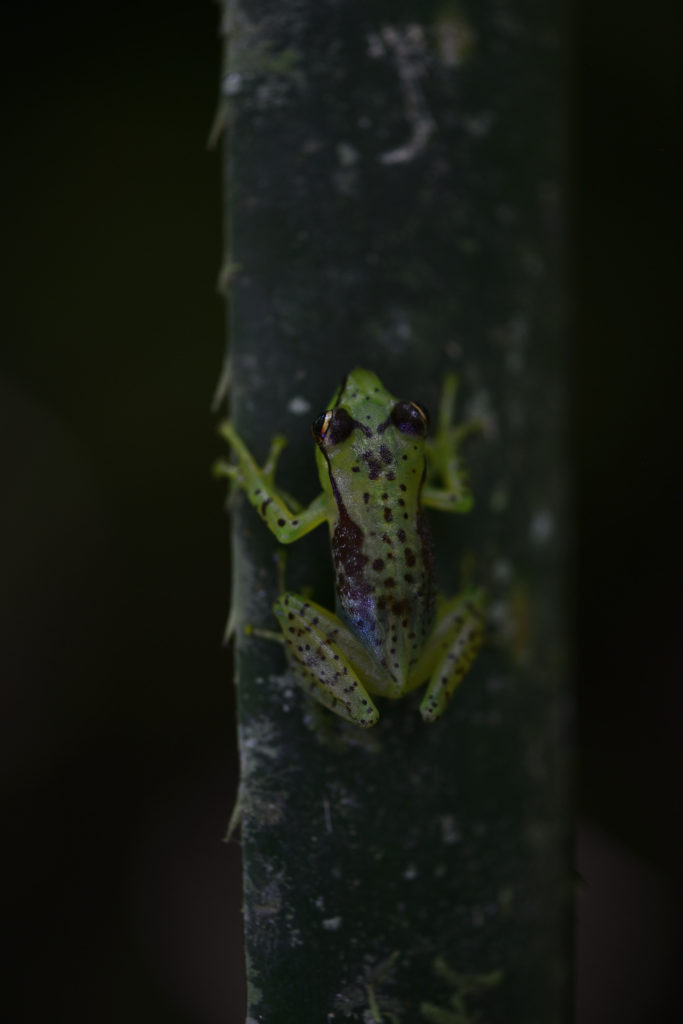 The scientific name of these frogs means ‘beautiful’. It is fitting.

Bromeliads are a perfect candidate for phytotelm breeders, and phytotelms are ideal habitats for a frog to raise its offspring. They are far removed from the predators of rivers and still bodies of water, and often with relatively little risk of total evaporation—ideal little sanctuaries. Mothers can visit their offspring as they grow, and help them along.

Outside of South America, not only are there no dendrobatid dart frogs, but there are no bromeliads either. But their relationship—the crucial role of the plant in the development of the frogs—has evolved again and again across the world. And every time it is fascinating to look at.

In the photos on this post, we see one such example: the beautiful screw-palm treefrog, Guibemantis (Pandanusicola) pulcher, is such an example. These frogs live exclusively in and around Pandanus screw palms. And it is not just this species, but an entire subgenus consisting of eight described species and numerous undescribed species.

Funnily enough, even though Pandanusicola species are well known, and especially G. pulcher, most of what we know about them has only come out in the last few years. Indeed, the call of G. pulcher was only published in 2011. A genetic study of the group by Lehtinen et al. (2007) found a high level of cryptic diversity, indicative of a wealth of undescribed species, and two species have been described/revalidated recently (G. methueni Angel 1928, and G. tasifotsy Lehtinen, Glaw, Andreone, Pabijan & Vences, 2012)

The Pandanusicola are most closely related to a group of frogs that breed in swamps and small ponds. Interestingly, some species seem to have returned to that breeding habit; G. liber and G. tasifotsy for instance (Glaw & Vences 2007). The transition does not seem a permanent ones. And yet, the Pandanusicola also do not have total dominance; another radiation of frogs, belonging to the microhylid genus Platypelis, has also moved into the fronds of Pandanus palms. Competition is hot, but the palms are large. Any palm you search through for long enough is almost certain to have a frog lurking in it—even if you don’t find it!

So what is causing Pandanusicola species to stop… cola-ing in the Pandanus? Well, it’s not clear. Competition may indeed be the driver, but equally it could be numerous other factors. Whatever it is, the pattern is not clear yet, and a lot more research is definitely needed on the evolution of beautiful and enchanting group of frogs.