On the 4th of June 2018 a festschrift was published by the journal Alytes in honour of the 70th birthday of Alain Dubois of the Muséum National d’Histoire Naturelle of Paris. Amongst the contributions was a paper by my colleagues and me, describing two new species of Gephyromantis from northern Madagascar, fittingly from the subgenus Duboimantis. Aside from being a nice little paper, this study marks a milestone for me personally: it is my 30th peer-reviewed publication.

The new paper, which continues our work on the genus Gephyromantis (see other blogposts on these frogs here and here), describes two new cryptic species belonging to the Gephyromantis tandroka complex. These handsome frogs with loud jarring calls are taxonomically challenging because we have struggled to find morphological characters to help us distinguish them, and indeed several species from this complex remain unaddressed because we do not yet fully understand their relationships and identities—for example, at least three species are present in lowland rainforest in Marojejy, but we cannot yet make heads or tails of them. We were able to find a few characteristics that distinguish the new species, G. grosjeani and G. saturnini, however. 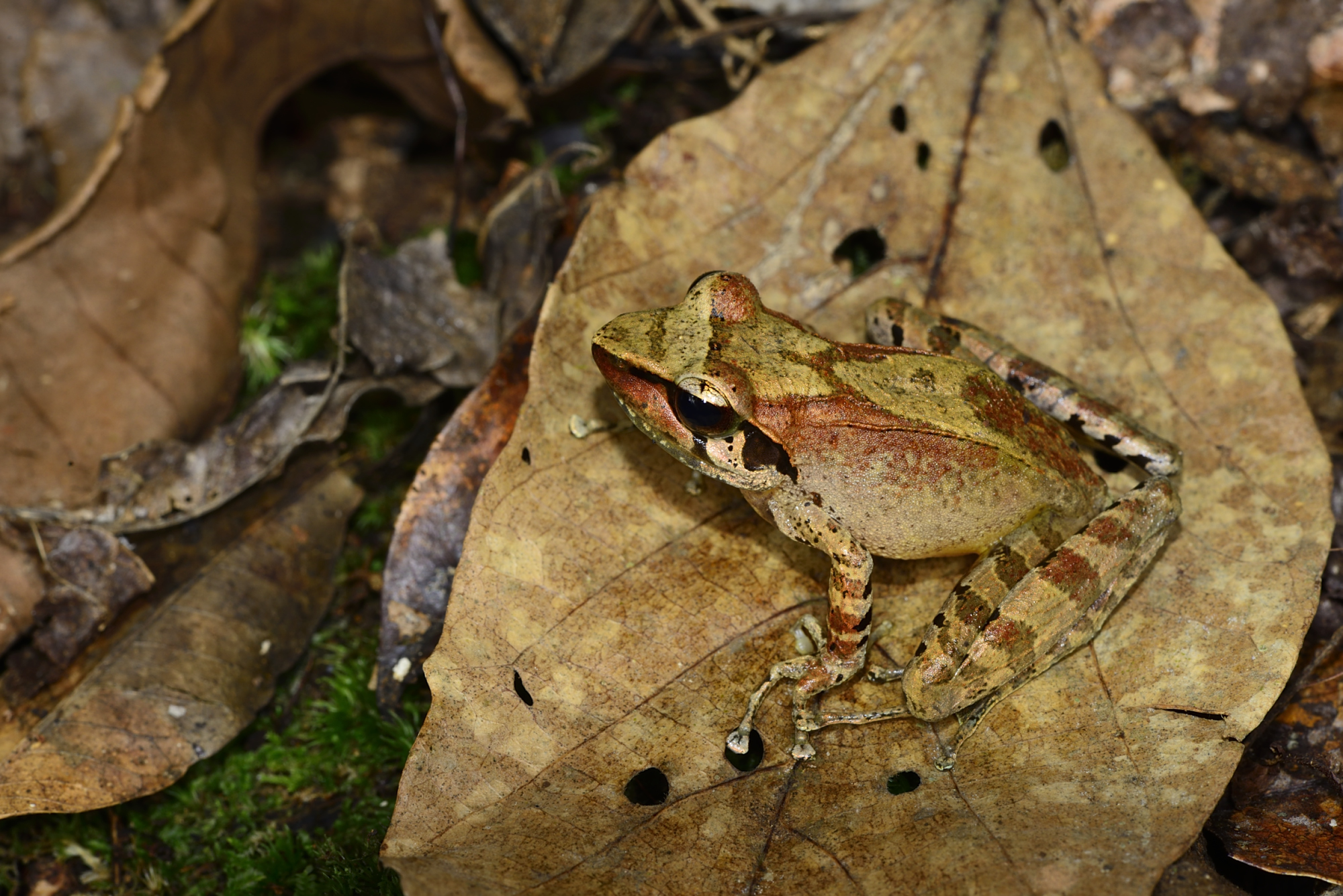 Gephyromantis saturnini is a species that I had the joy of discovering myself on one evening during Expedition Angano at the end of 2015. On a transect at relatively high elevation above our camp, I had descended into the forest with some of my team mates, and as we were moving away from the edge of the forest, we heard not only the clinking calls of the abundant Gephyromantis angano (named after that trip), but also a strange, jarring, tocking call consisting of a series of notes that I had not heard before.

On the way back out of the forest, after part of the group had sped ahead to witness what I am told was a once-in-a-lifetime sunset, I stopped to record a calling specimen, and then captured it. At the time, I was unsure what it might be, but suspected that it might be new because it was large and its call is slightly different from that of G. tandroka, which calls with single notes instead of the series emitted by this frog.

Over the course of the expedition, we collected two further specimens, one also with a call recording, but I was unsure of their identities. In later genetic work related to two other papers (description of G. angano) we found that they were genetically differentiated from all other members of the subgenus Duboimantis, representing a candidate for a new species. Then in morphological analysis, we established that these frogs were larger than other members of this complex, and that their call is indeed different. So we were able to describe the new species with comparative ease.

Gephyromantis grosjeani was discovered on an earlier expedition to Sorata, the same expedition that yielded the recently described Calumma uetzi and Rhombophryne longicrus and R. diadema, and where G. lomorina was also found. It was identified as a new candidate species by us during our description of G. tohatra in 2017. Although its call turned out to be practically indistinguishable from that of G. tandroka, its morphology showed one very obvious difference to all other members of the complex: the femoral glands of males (granules lying on the ventral surface of the thigh) are clearly distinct—a unique character within this complex, which otherwise always has small, indistinct femoral glands. 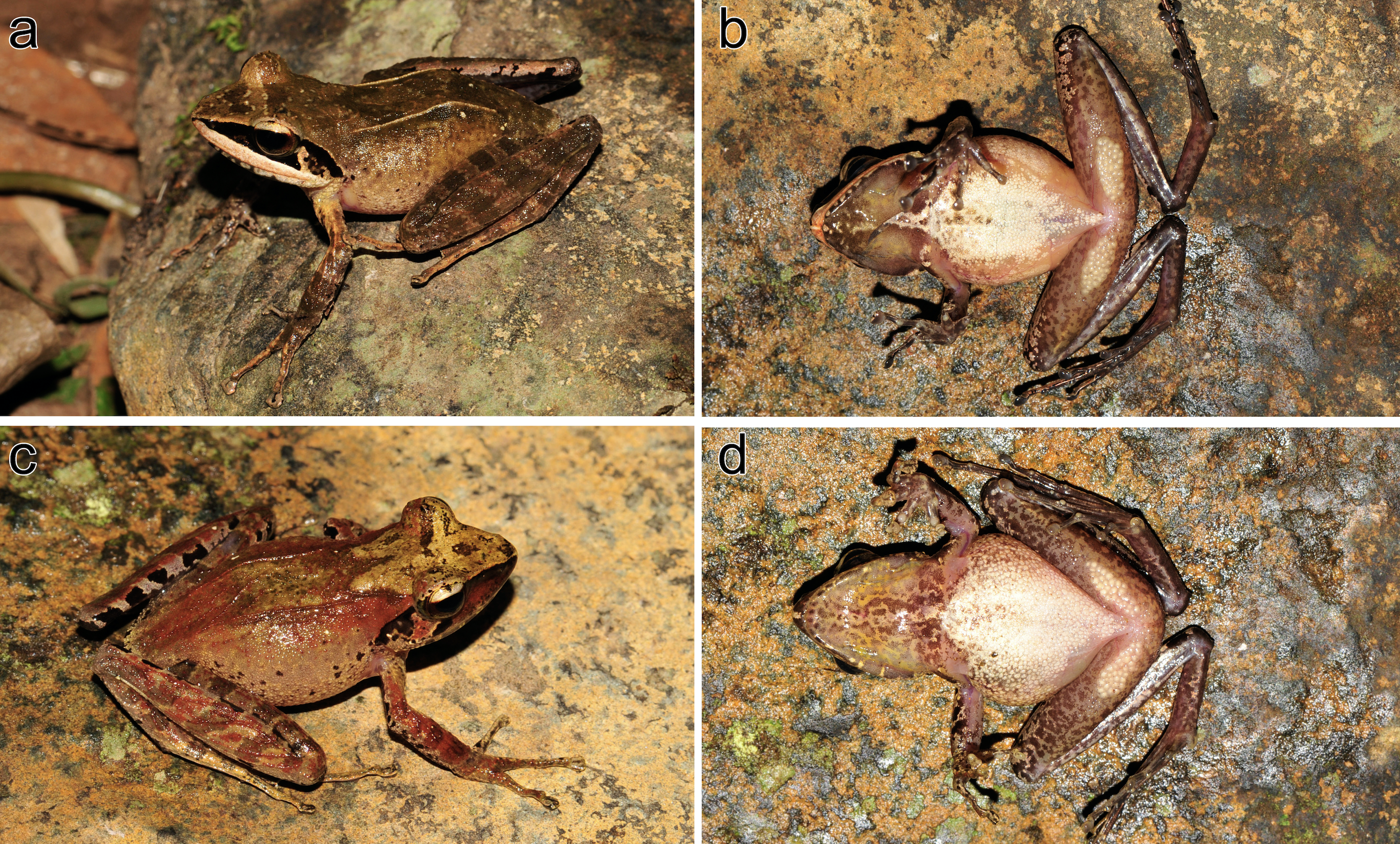 I have once again taken the opportunity in this paper to talk about the biogeography of the group, which again pertains to the relationship between the massifs of northern Madagascar, specifically Marojejy, Ampotsidy, and Sorata—a topic I have expounded upon previously here. In this case we once again have species from Ampotsidy (Expedition Angano) and Sorata that are geographically separated by around the same distance as either is from Marojejy, yet both are more closely related to lineages from Marojejy than to one another, adding to the growing evidence for biogeographic gene flow restriction related to ecology in this area.

Establishing this pattern in more detail will be a major challenge with our currently very sparse sampling, but will eventually require gene flow resistance modelling of this area of Madagascar. What is interesting to me, is that we are finding the same patterns across different groups of animals (chameleons, frogs, geckos) without much in the way of niche similarity. I hope that this is something we can continue to shed light on in future by looking at other groups, and by surveys done in other areas of northern Madagascar that would help to complement our currently sampling, which is very sparse.

Meanwhile, I am pleased at the clip at which we are moving forward with mantellid frog descriptions now; we are quite quickly narrowing the taxonomic gap in this family, but taxonomically a massive amount still remains to be done. Fieldwork also remains as important as ever, as new species are discovered regularly!