Since starting in November 2016, one focus of my PhD has been on one of the central questions in evolutionary biology: the origins of species. My project looks at ecological speciation—that is, divergence of two lineages as a result of differences in ecology. The concept of ecological speciation turns traditional views of speciation on their heads, because it can be the driver of divergence in any geographical context, be it allopatric, sympatric, or parapatric. Using ecologically distinct taxa in a common geographical context, I am investigating the principles of ecological speciation at a level that transcends individual examples. My focal taxa are three size classes of chameleon, which occupy the same geographical distribution but have distinct ecological niches. To control for micro-geography, and in particular the impacts of rivers on my study, these chameleons are complemented by one frog. The geographical system I am using for this study is Montagne d’Ambre, an isolated mountain in Madagascar’s extreme north that forms an almost ideal gradient from dry deciduous forest to montane rainforest over its altitudinal cline. Several reptile and amphibian species are known to have recently diverged or be in the process of divergence on this mountain. The fieldwork for this expedition was conducted at the turn of 2017–2018, and you can read about how it went here. Our surveys were the most intense to date in Madagascar’s oldest national park, and as of March 2018 we are preparing the first set of publications on the distribution and composition of herpetological communities, the origins of the locally endemic species, and the processes driving its high diversification rates.

As another part of my PhD, I am currently leading two major projects involving numerous collaborators in at least six countries, which, in essence, revolve around very similar principles. These are the principles of morphological evolution, the role of ecology in shaping this evolution, and the potential for ecological and morphological convergent evolution. One of the key things I am interested in is the predictability of evolution given a similar but non-identical set of ‘starting conditions.’ The two projects are comparable in these ways, but differ in many details, especially the taxonomic groups they are focussed on:

One of the two projects is focussed on the Madagascar-endemic microhylid frog subfamily Cophylinae. This group is incredible in many ways, but from an evolutionary standpoint, what there are two key features that make it an interesting group to study, namely (1) a high degree of ecological niche lability over evolutionary time, and (2) a high degree of body size variation even within moderately closely-related taxa. This lends itself nicely to the study of the predictability of evolution and the interplay between morphology and ecology in the context of a limit possible morpho- and eco-space.

The second of the two projects is focussed on chameleons, family Chamaeleonidae. This group, more familiar to the general public, is also incredibly diverse in terms of ecological niche, morphology, and especially body size. Unlike the microhylid frogs, chameleons exhibit strong sexual dimorphisms above and beyond simple size dimorphism, and these tend to involve spectacular ornamentations of the head and some parts of the body. In this system, we are interested in investigating the role this sexual dimorphism can play in the evolution of morphology.

At any one time I am working on between five and twenty taxonomic manuscripts, ranging in scope from single species descriptions to whole genus revisions, to supraspecific taxonomy. While my main focus is on diamond frogs, I am also involved in projects working on many other cophyline microhylids, as well as Uroplatus and Geckolepis geckos, Gephyromantis frogs, Calumma chameleons, and scolecophidian snakes. 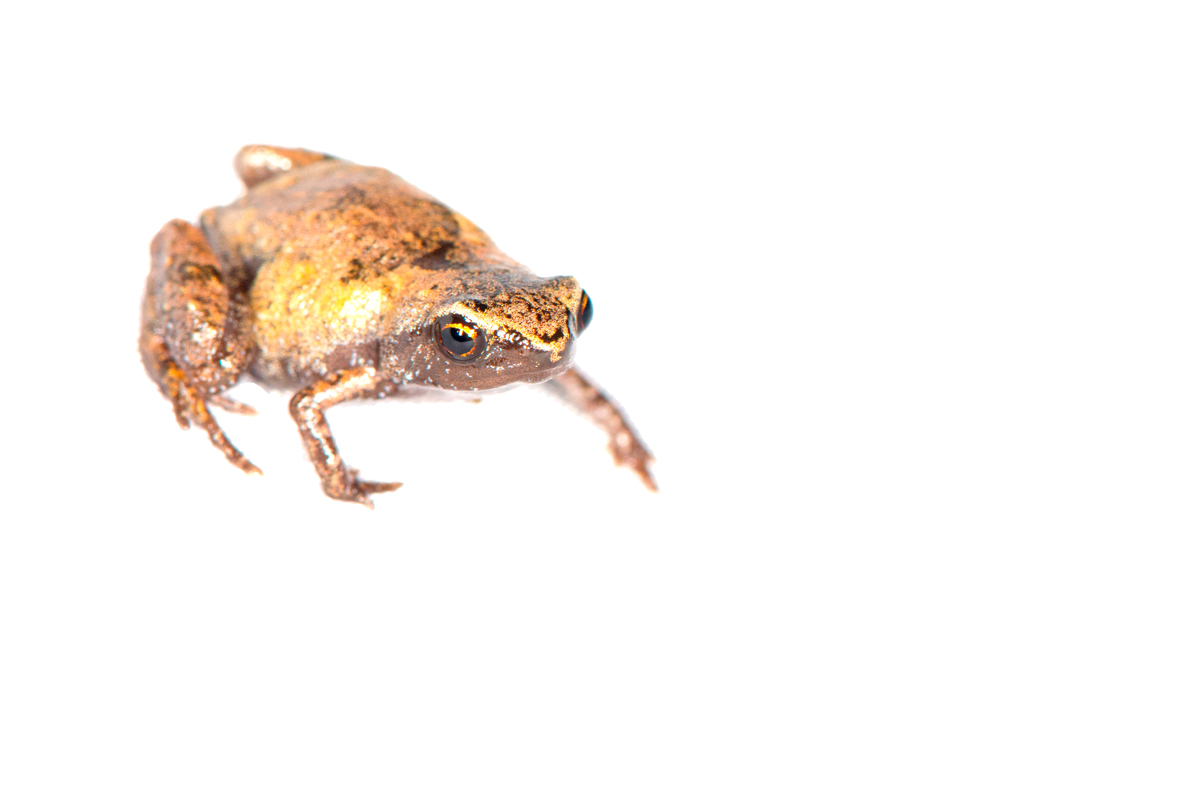