A new species of snake from the EU! (technically)

A new contender for the title of 'World's Smallest Reptile'!

Madagascar's soft-nosed chameleons get a makeover 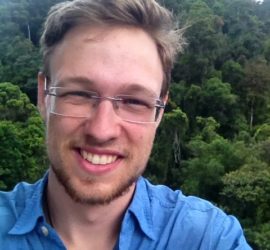 My profile at a glance 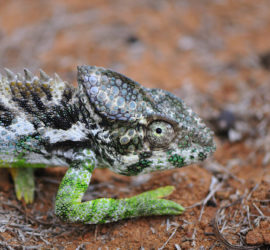 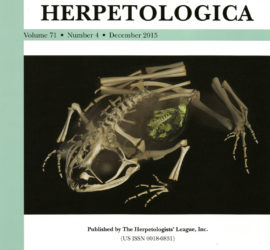 Following on from our discovery of UV fluorescence in chameleons, my colleagues and I searched for fluorescence in other reptiles and amphibians. We found bright, neon-green fluorescence along the flanks of the web-footed gecko from Namibia, Pachydactylus rangei. With the old team (David Prötzel, Martin Heß, Martina Schwager, and Frank Glaw), we looked into the histology and spectroscopy of this fluorescence. This remarkable case of fluorescence, amongst the brightest of all vertebrates, is produced by a unique mechanism, centred around fluorescent iridophores. The position of the fluorescence suggests that it may be used in communication across the dunes of the Namib, but a lot remains to be studied about this bizarre phenomenon. 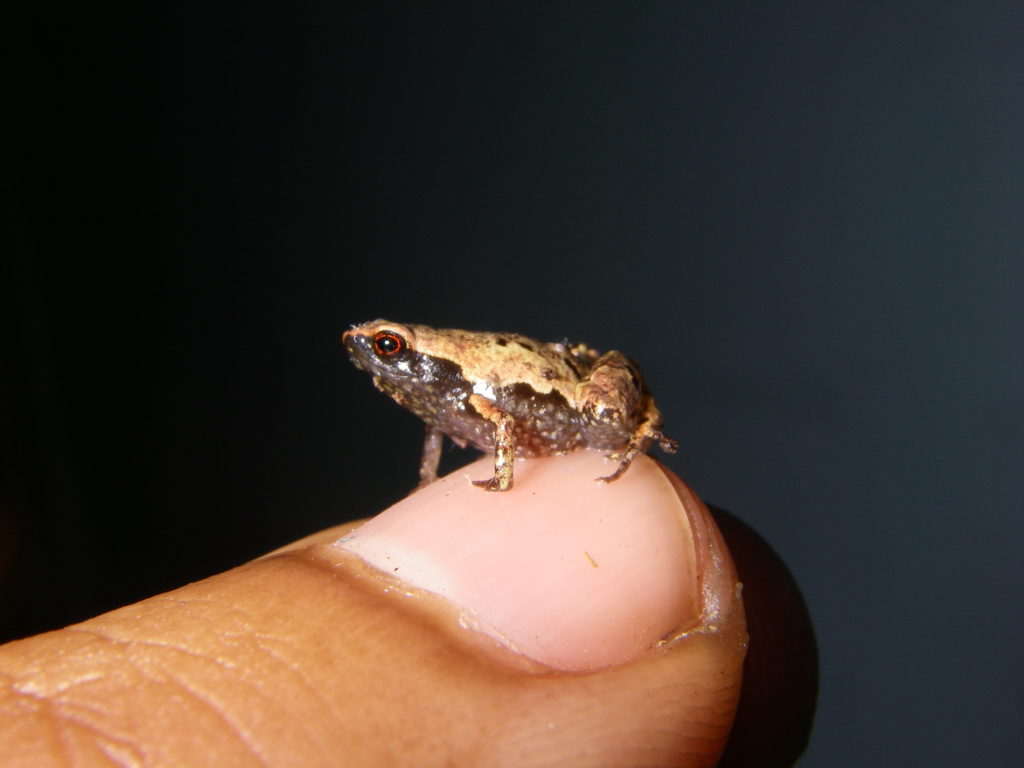 My colleagues and I have described five diminutive frogs from Madagascar, including the new genus Mini with three new species, Mini mum, Mini scule, and Mini ature. These frogs are amongst the smallest in the world. They highlight the dynamic history of size evolution in Madagascar’s narrow-mouthed frogs, and open up really interesting new avenues for exploration.

Continuing our work on the small arboreal chameleons of the Calumma nasutum species group, my colleagues and I described three new species from the C. guibei complex. The new species, Calumma uetzi, C. lefona, and C. juliae, are small but charismatic species, and all three are probably threatened with extinction. 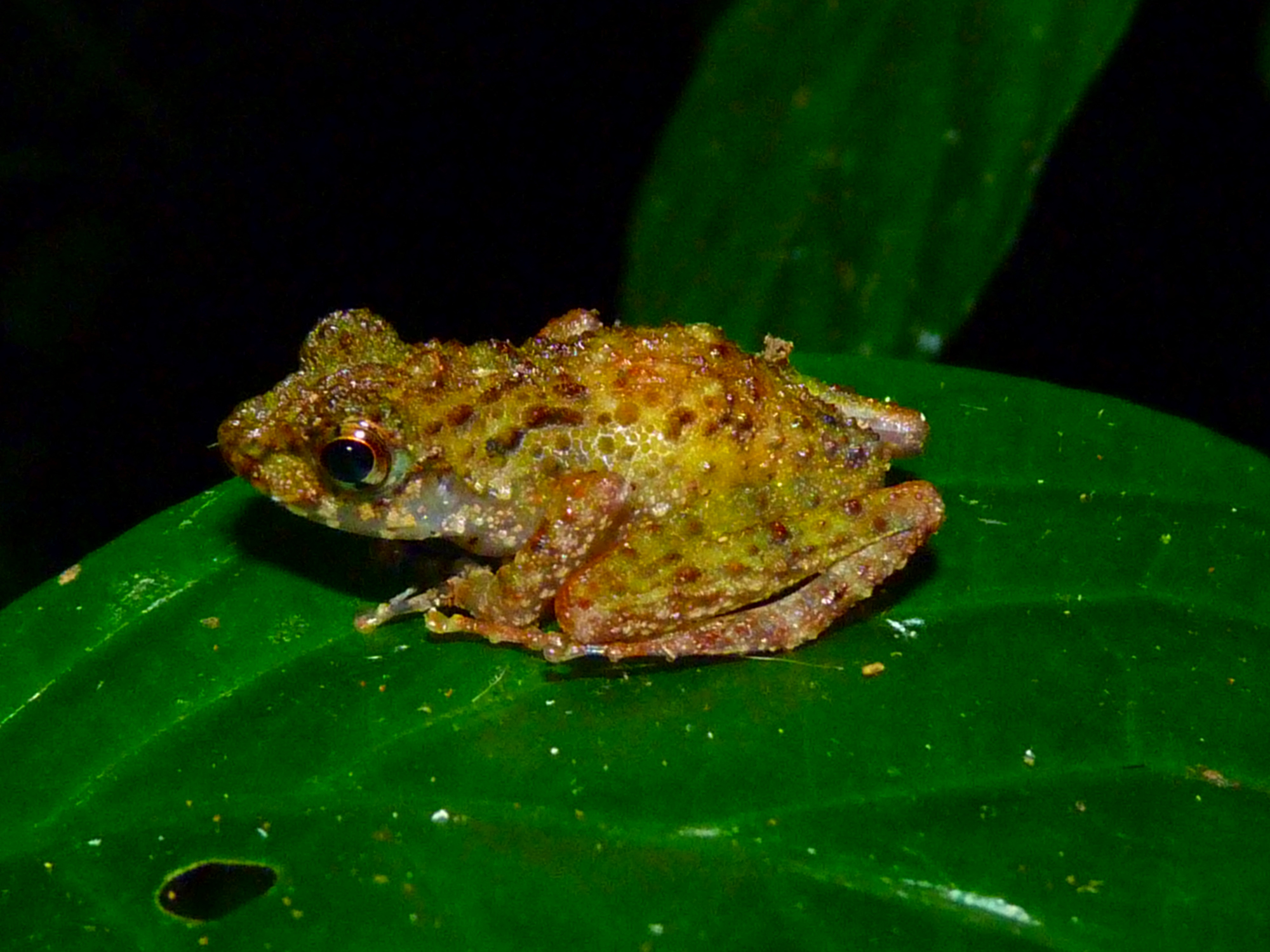 My colleagues and I described a new species of frog from northern Madagascar that is strongly distinct from all others. The new species, Gephyromantis (Vatomantis) lomorina, and it shares some characters with two different groups of frogs within the diverse genus Gephyromantis that could turn the subgeneric taxonomy of these groups on its head. 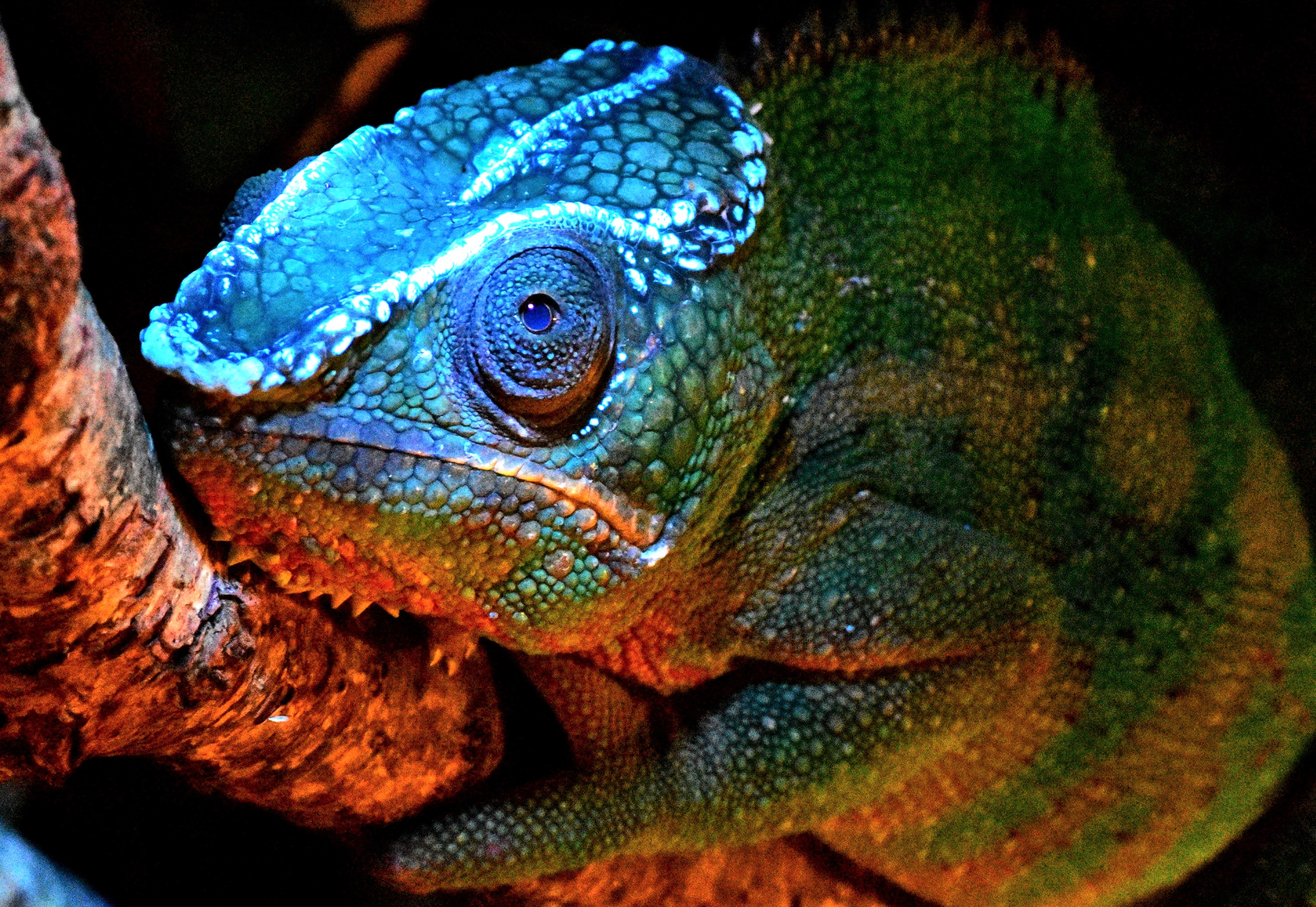 A few years ago, we discovered that some elements of the heads of many chameleons fluoresce under UV light. Following this discovery, our research group embarked on a mission to study how widespread this phenomenon is, the underlying physiology, and its potential significance. The results of our investigation into the phenomenon were published in Scientific Reports: the fluorescent structures are tubercles of the skull, jutting out through thin layers of dermis that are rendered transparent by their thinness and the displacement of all chromatophores. These structures are widespread in chameleons, and generally appear to be sexually dimorphic, and have diagnostic patterning. As for an implication and significance… the jury is still out.