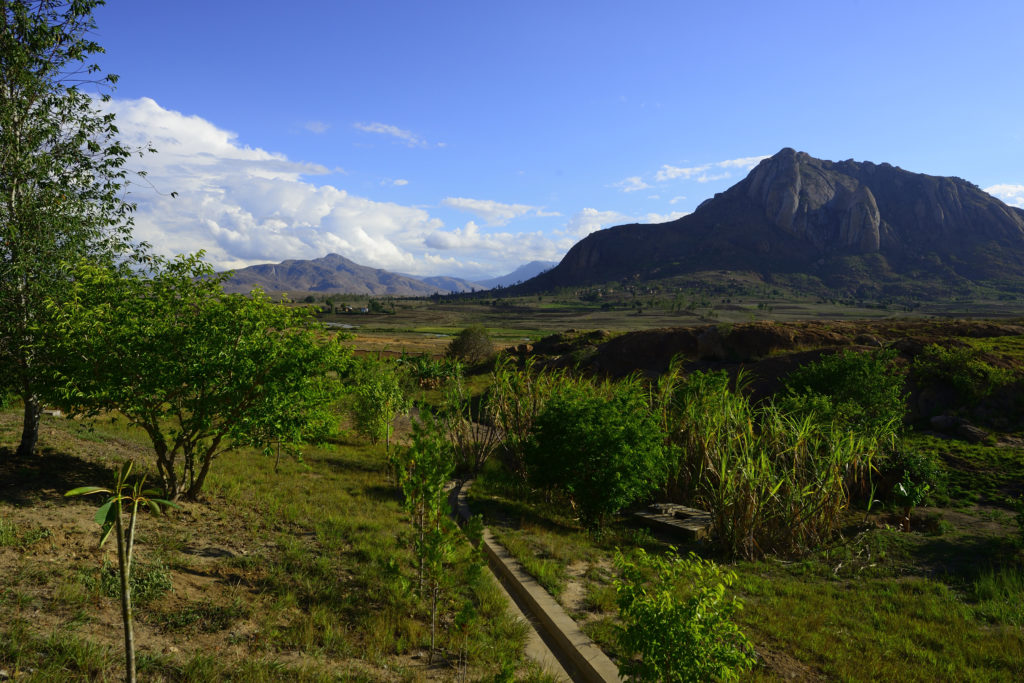 Madagascar has a very high rate of new species descriptions. 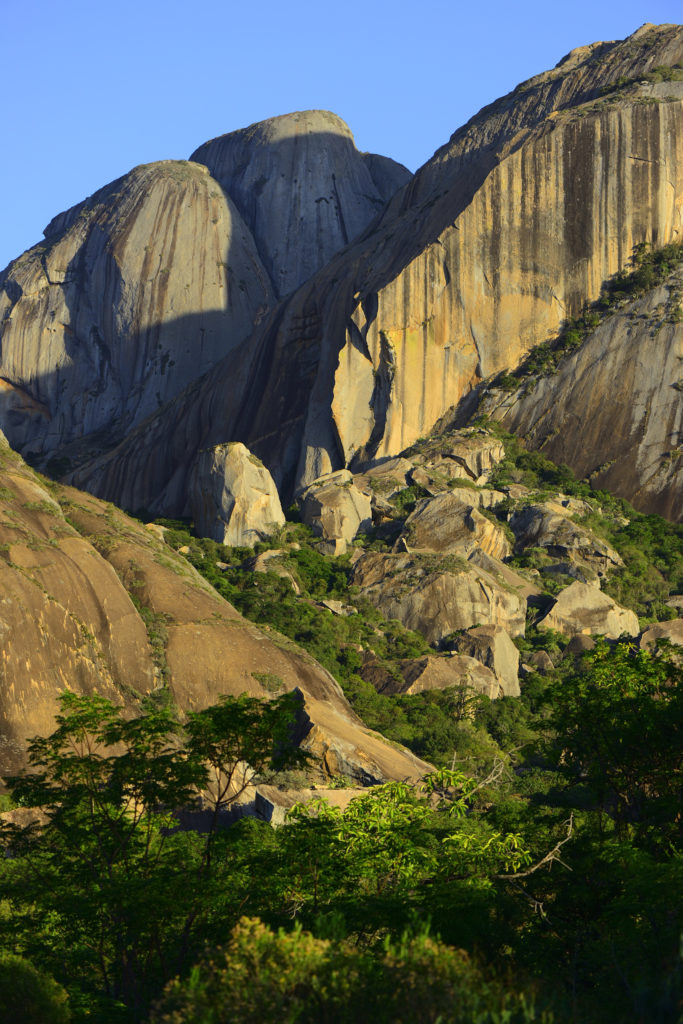 In the last ten years, more than sixty new species of frogs have been described, and many more are still set to come; an estimated three fifths of Madagascar’s frog species have been described so far (Perl et al. 2014), with a recent description bringing the number over 300 (Rakotoarison et al. 2015). With this rate of description, coupled with a relatively low percentage of described vertebrates, it is perhaps unsurprising that trips even to places that are relatively well surveyed often yield new species.

Something that is probably much less frequent, however, is encounters not with undescribed species, but with newly named ones. At least ten species of reptiles and amphibians are described from Madagascar each year, but only very few people come into contact with those less than a week after they are described.

In November, I had the good fortune to be one of those few people. While I was attending the ACSAM2 conference in Ranomafana, a new paper by Angelica Crottini, who had organised the conference, and her colleagues was published, describing two new species of Paragehyra, a genus that had previously held just two species: Paragehyra felicitae, from Anjà (variously spelled Anjaha and Anja) Community Reserve, and P. austini, from Grotte Ampasy in Andohahela National Park.

Less than a week later, my supervisor and I found ourselves dropped outside a hotel at the foot of Anjà. Our goal there was to search for a potentially new species of Scaphiophryne, with a visit to the reserve as well.

Anjà is a reserve set up and run entirely by the local community. They claim that it attracts as many as 100,000 visitors every year, but given its relatively small area (~8 ha), their visits must be short ones. Nevertheless, the park is home to enchanting ringtailed lemurs, and has some truly spectacular landscape views, so it is worth a visit.

The habitat of this region of Madagascar is unusual. Rain drifting over from the eastern rainforest escarpment falls on this region, such that the fauna is kept well watered. The result is that some typically eastern species, like for instance the Madagascar comet moth, can be found in an area of hardly suitable climate. Regrettably, the landscape has suffered from extremely high levels of deforestation, and the only small pieces of remnant forest lie around land that is difficult to reap crops from, like the Anjà massif. This means that each hill acts like a little island of protection for the local fauna, and when the community comes together to protect it, it has a good chance of remaining an interesting spot, both for tourists and scientists.

While our search for the new Scaphiophryne was eventful but fairly unrewarding (probably not a new species after all), our visit to Anjà was very fruitful.

The park is approximately 2 km by foot from the Varangue Betsileo, an expensive and luxurious hotel with one hell of a view, run by an eccentric but very kind little old French lady. The grounds of the hotel are home to at least seven herp species (Laliostoma labrosum, Ptychadena mascareniensis, Heterixalus betsileo, Paroedura bastardi, Hemidactylus frenatus, Dromicodryas bernieri, Madagascarophis colubrinus, and the mystery Scaphiophryne which we did not find on the grounds, but which had been photographed there previously), but probably more, possibly including the newly described Paragehyra felicitae.

The reserve has a broader diversity, but our short visit only yielded a small portion of it. We observed no Phelsuma, although this is the only known location where P. gouldi, a recently-described, cryptically coloured gecko occurs. We did, however, observe Paroedura bastardi, Oplurus quadrimaculatus, Furcifer oustaleti, Brookesia brunoi, and, the crown jewel, P. felicitae. 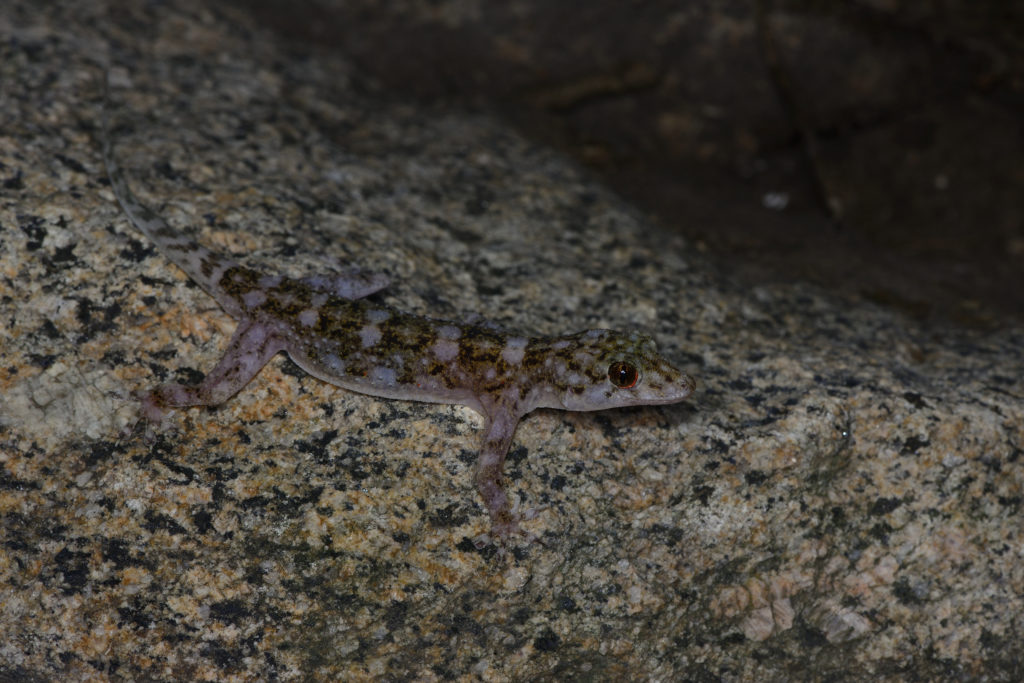 Paragehyra felicitae is not altogether uncommon in the park. Indeed, we found perhaps six or more individuals—more than we saw of any other species, even the abundant and widespread Paroedura bastardi; at one point I had two in my hands, and couldn’t hold my camera. The geckos, which ranged in ages from a juvenile to a full adult, were very cryptically coloured. They live on the edges of caves and among the limestone boulders, where their camouflage is perfect. 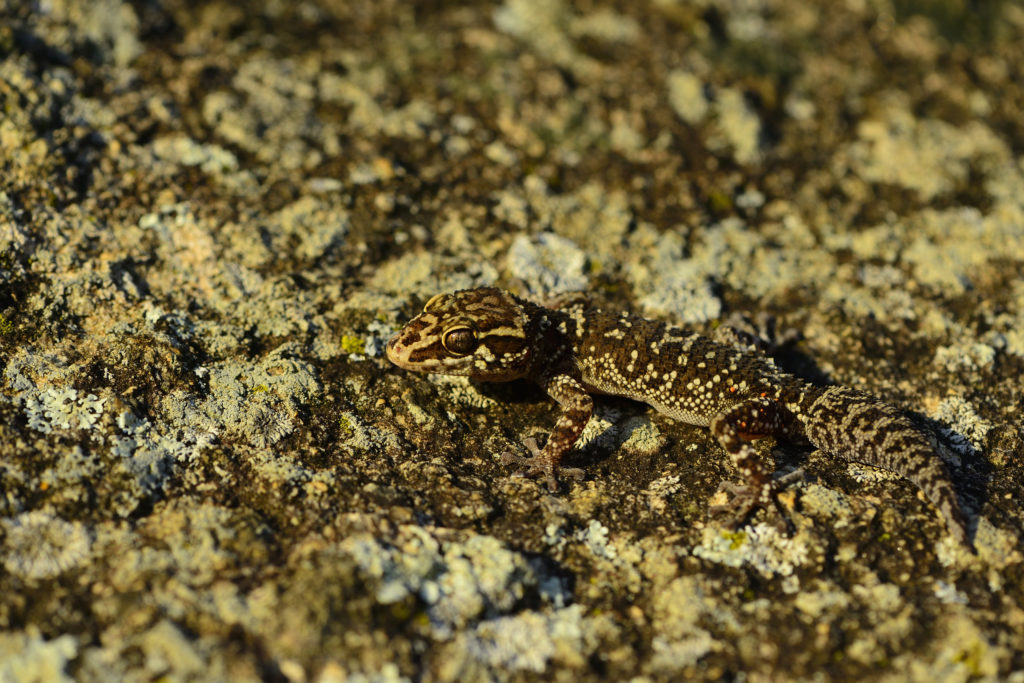 Paroedura bastardi is a widespread and genetically diverse species

Areas like Anjà act like protected oases in the middle of cultivated land, allowing for the persistence of fragile and micro-endemic species. Many of them remain poorly studied, and so species go undiscovered and undescribed. In many cases, species probably go extinct before they can be discovered, as their habitats are wiped out.

This is not one of those cases, however. It is an incredible thing to see a species in the wild just a few days after it has received a name. And to be perhaps the first person to post pictures of that species on the internet that is not also an author on its description.