For Biodiversity Day 2015, I wanted to shine a spotlight on Madagascar. I don’t have time for a long post, so here are some short points about the biodiversity of Madagascar:

First of all, Madagascar is the world’s fourth largest island, and stretches 1000 km from northern to southern tip. It could eat Germany, and is only a little smaller than France. Great Britain could fit inside it three times. For American readers, California and Ohio could sit inside it together. It’s a big island.

Madagascar has been isolated from other landmasses for around 65 million years, and from mainland Africa for around 120 million years. India was the last landmass with which it definitely had contact, but it also had contact a bit before that with South America through Antarctica (probably) over the Kerguelen Plateau.

Since isolation from Africa, most of the flora and fauna of Madagascar went extinct, presumably due to climatic changes associated with tectonic movements. The island was then re-settled by new animals and plants. This is in contrast to the prevailing image of “65 million years of isolation” underlying the differences in fauna between Madagascar and Africa. Yes, it has been separated from the mainland for longer than that, but the vast majority of endemic lineages are younger than the island itself, and arrived by rafting (Yoder & Nowak, 2006; Crottini et al. 2012; Samonds et al. 2013).

Madagascar is one of the world’s hottest biodiversity hotspots (Myers et al. 2000)

Madagascar has just over 300 described species of frogs, with at least 10 described every year. The most recent published estimate places the total diversity at around 500 species (Perl et al. 2014), but those of us who work on these animals expect the real number to be closer to 700.

All but three of these are found only on Madagascar: Hoplobatrachus tigrinus, an invasive bullfrog from India; Duttaphrynus melanostictus, a recently introduced invasive toad from India; and Ptychadena mascareniensis, a grass frog that is found on some islands around Madagascar. The endemism level of amphibians is therefore around 99.5%!

Almost 400 species of reptiles are described from Madagascar, with a few being added every year. In some groups we are reaching saturation in terms of species descriptions, but in others (e.g. chameleons and some geckos) many more species remain to be described, and more are discovered annually! Of these, 92% are exclusively found on Madagascar!

12,000 species of flowering plants are estimated to occur in Madagascar, 85% of which are endemic. Bryophytes and other non-Angiosperm plants, as well as fungi, algae, and lichens, have, to the best of my knowledge, yet to be quantified. 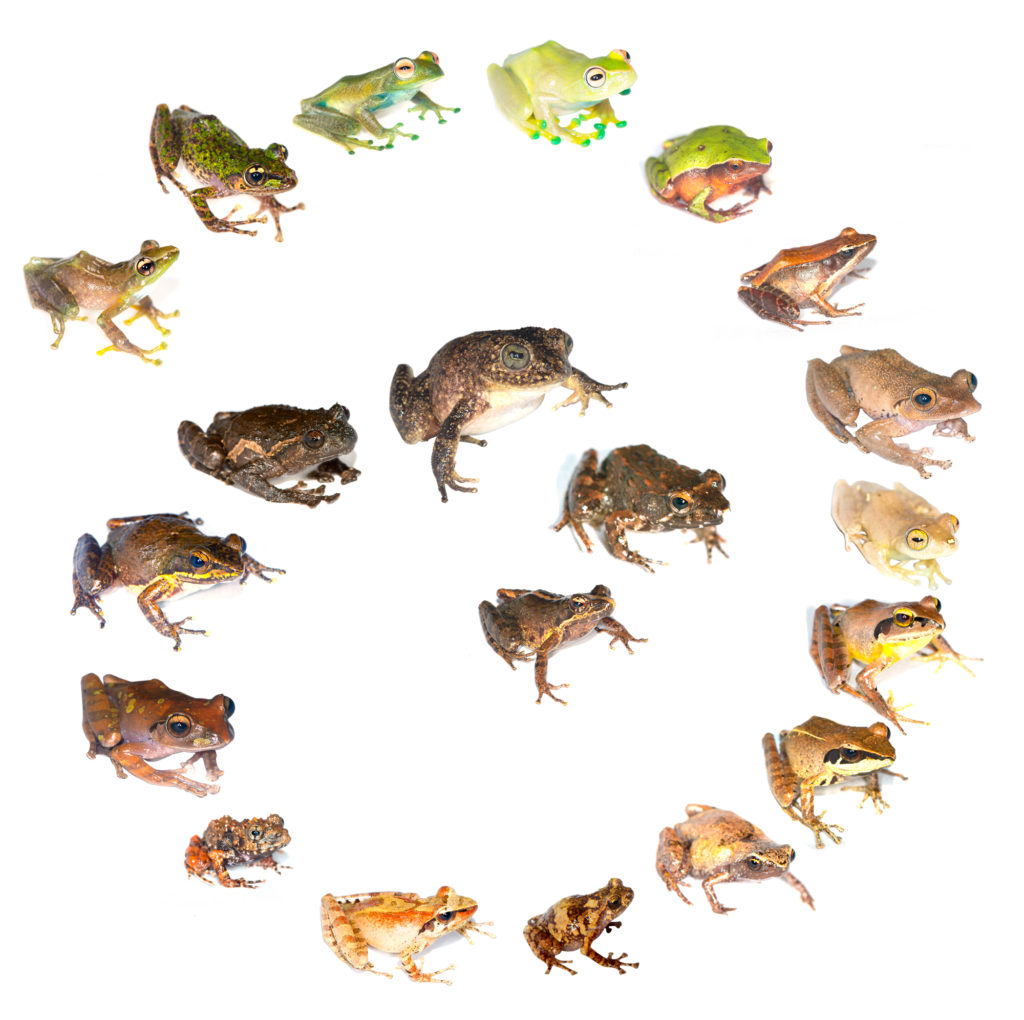 As with so many biodiversity hotspots, the flora and fauna of Madagascar are heavily threatened. Deforestation and habitat degradation, largely as a result of extreme poverty and subsistence agriculture, are decimating the island’s forests, which host the vast majority of its native flora and fauna (e.g. Consiglio et al. 2006; see Harper et al. 2007 for a fantastic study). Small fragments of forest are left because they are protected, and unprotected forests do not last long.

Madagascar’s rich biodiversity is in critical need of protection, research, and outreach.

And that, my dear readers, is the point of this blog.