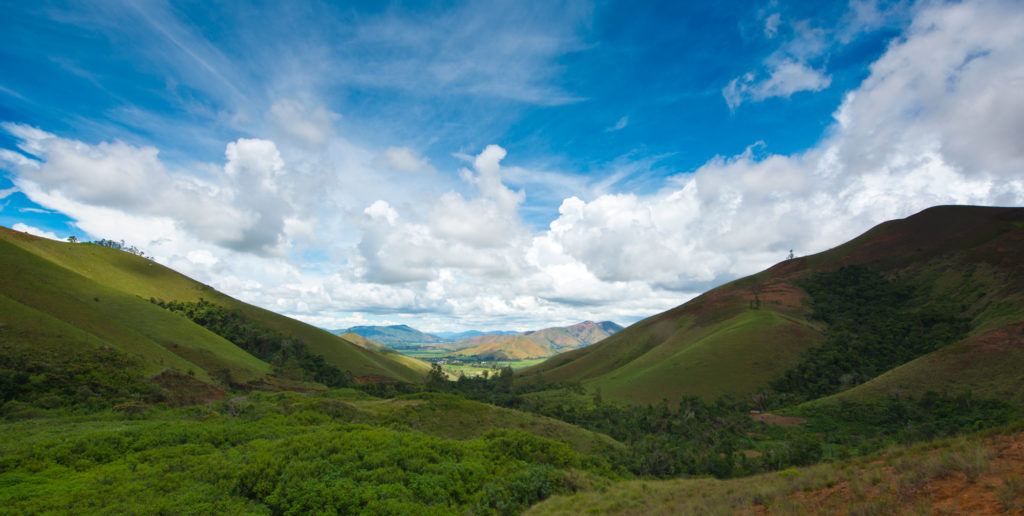 Note the distinct edges of the forest fragments to the right of this image.

From December 2015 to January 2016, I travelled with a team of researchers from the UK and Madagascar to a remote forest in Northern Madagascar. Our goal was to characterise the reptile and amphibian fauna of this forest, and to study a phenomenon called the ‘edge effect’ and how it influences the distribution of these animals. The trip was called Expedition Angano. 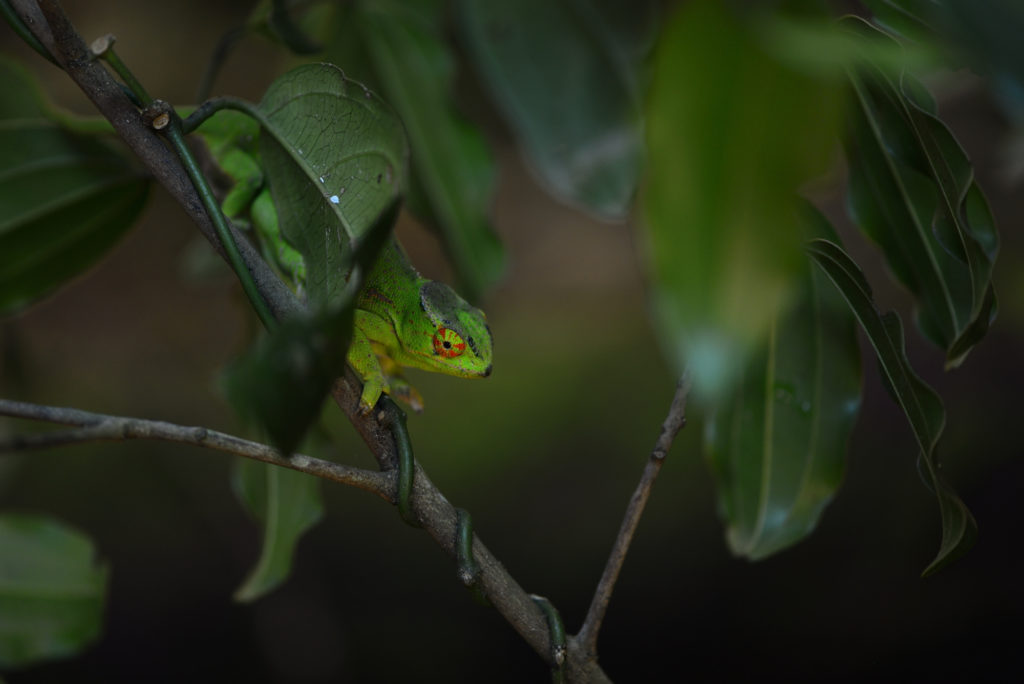 The concept of the edge effect is simple: habitats bordering other habitats form edges. These edges can be gradual or sharp, and consist of a turnover in biotic and abiotic factors, such as leaf litter depth, relative humidity, and hours of sunlight per day. As you would expect, animals change with the environment, with more drought tolerant species being found closer to or beyond the first edge, and humidity dependent species being found only inside the forest. It is not always possible to predict which species is going to be found in which part of the edge region, especially for poorly understood species like the herpetofauna of Madagascar. The depth of edge effects is also variable. It is important to understand the role of habitat edges in determining species composition and abundance, so that conservation measures can be properly informed.

In order to study these effects basic knowledge is needed on habitats, abiotic characteristics, and of course, the local fauna. We collected all of this data by setting semi-permanent transects along which reptiles and amphibians were observed, the vegetation was characterized, and temperature were measured. My role in this project was to identify species in the field, and collect specimens for later investigation. Half of these would of course stay in Madagascar, while the rest would come with me back to Munich.

During this main phase of the project, we collected 46 species of reptiles and amphibians. Of these, at least twelve do not yet have names, and of these, four are almost certainly new to science. I will begin description work on some of these species soon. We are in the process of performing statistics on the distributions of all of the encountered species in order to assess how they are distributed relative to the edges of the focal forest.

After the main phase of the project, I continued to a second site with one student, two guides, and the driver, and we performed a series of rapid faunistic assessments of different small forest fragments along the RN31 between Bealanana and Antsohihy. This research was on forests much nearer to the main road, and in consequence, the forest was quite significantly more degraded. The main goal was to find adults of species that had previously been known only from tadpoles collected in the same area. This was only partially successful, as we managed to find just one of the desired species. However, I still succeeded in finding some really interesting animals (almost all frogs), some of which are probably new to science.

Stumpffiacf. pardus, one of the new species described

Over the last few months, we have been working on the preliminary report from the main portion of the expedition. This report should be finalised and sent around to our funders and stakeholders in the next few weeks, after which it will be made freely available online.

One thought on “Expedition Angano”