The Madagascar-endemic genus Gephyromantis Methuen, 1920 contains an ecologically diverse radiation of frogs, from totally terrestrial species found far from water, to species only ever found a couple of metres from it; from large, robust frogs to dainty, fragile ones. Their calls range from loud, rasping croaks, to high pitched clinking, to quiet shivers that could easily be confused with a timid grasshopper. 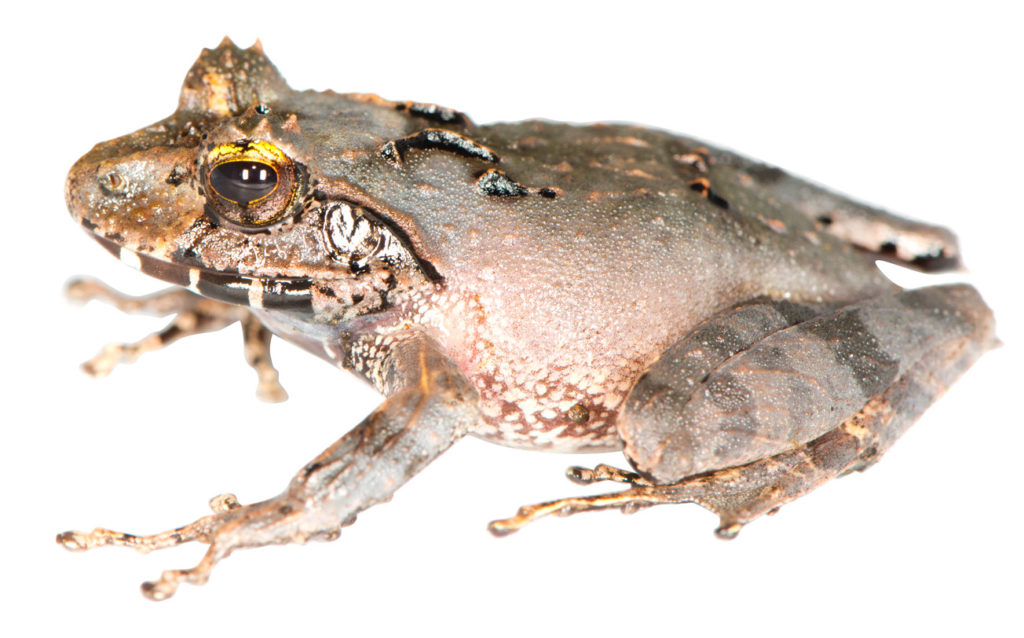 In 2012, Kaffenberger et al. (2012) demonstrated that the subgenus Duboimantis was polyphyletic, containing two distinct clades that were not closely related to one another—a result that had been found in several other previous studies, but here with more robust support. One of these clades was so-called Gephyromantis asper (Boulenger, 1882) clade, which contained that species, G. ambohitra (Vences & Glaw, 2001), G. spinifer (Blommers-Schlösser & Blanc, 1991), G. tahotra Glaw, Köhler & Vences, 2011. It is this clade that has now been dubbed Asperomantis by Vences et al. (2017).

The new subgenus has several features that distinguish it from Duboimantis and the other sugenera of Gephyromantis. Its tadpoles are exotrophic and free-swimming. Adults typically have four ridges on the back, one inner and one outer pair, as well as spines on the heel and elbow. Males have paired, black vocal sacs below the jaw. The subgenus can be relatively easily distinguished from others by a small white spot in the middle of the tympanic field.

The authors give brief summaries of all of the species in Asperomantis, of which they recognize six: the four I mentioned above (G. asper, G. ambohitra, G. tahotra, and G. spinifer); Gephyromantis ceratophrys (Ahl, 1929), which they resurrect from synonymy with G. asper, referring to members of this subgenus from the Ranomafana area in the south central east of Madagascar; and an undescribed species from the central north of the island (G. sp. Ca28). The distribution of this subgenus is vast, spanning the whole east and north of Madagascar, generally above 1000 m, except G. spinifer which can occur as low as 420 m a.s.l. Most species are distributed either allopatrically or parapatrically. The authors add several new localities for the species in this subgenus, but our knowledge of their distribution remains largely incomplete.

Asperomantis species are some of my favourite frogs in Madagascar. Their characteristic, typically loud calls make them relatively easy to locate, but they are nevertheless fairly cryptic in habits. On my expedition in 2015–16 to the Bealanana district in NE Madagascar, I was able to find specimens of several species of this subgenus, most notably G. sp. Ca28. So it may not be long before this species too is described. 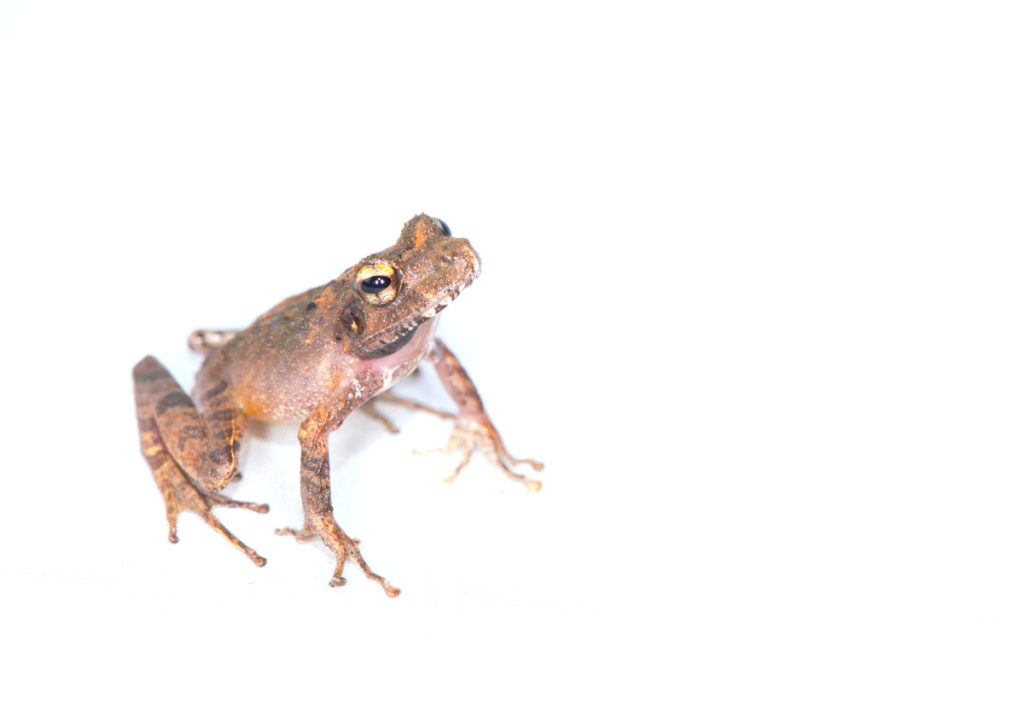